When I made my first patchwork tweed it was to use up yarn that was left on pirns from other tweeds I’d made.  It had a twill draft and a grey warp broken up with red stripes.  The same red was used in the warp to separate the different weft colours.  As the weft colours were from yarn left on pirns, it meant that each one could be a different size.  As for the order of them, I used to put my hand in the box (without looking!) and whichever colour I picked up was the next colour in the tweed. 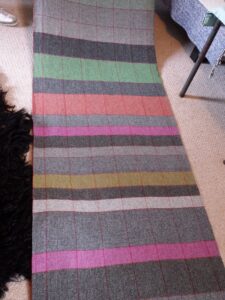 I then changed it slightly when I decided to have a different draft (pattern) in each of the five ‘blocks’ in the warp, so that the red stripes now separated each pattern in the warp as well as each colour in the weft.  This meant a reduction in the number of warp ‘blocks’ from the first version.  The order of the weft colours was still chosen in the same way – hand into the box and use whatever I pulled out! 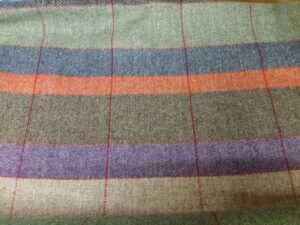 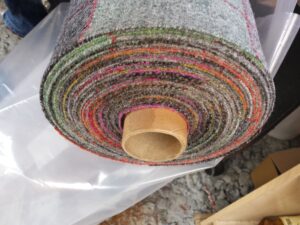 At that time, I also decided to try making a more uniform tweed and so I set the size of the weft blocks to be the same and used the same weft colour throughout.  Not so much a random patchwork anymore but a tweed of different drafts in different blocks, hence block draft tweed. 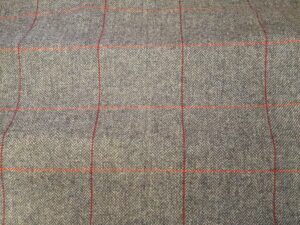 (picture is ‘wiggly’ because of the way I had it draped!)

When it came to the next incarnation of this tweed, I decided to go a step further and have each warp block a different colour and a different draft. I made a few tweeds using the uniform approach, setting the weft block size to be the same and to use the same weft yarn throughout as well as making my usual ‘random’ one.  I ended up with five tweeds.  Four were the uniform style, with weft colours of blue, navy, lilac and a reddish brown, the fifth was back to blind groping in the box for colour! 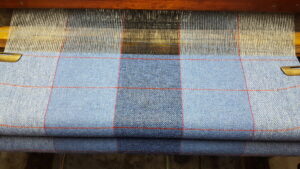 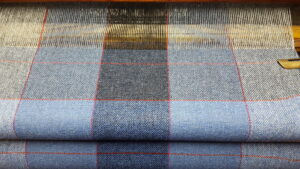 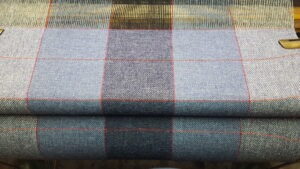 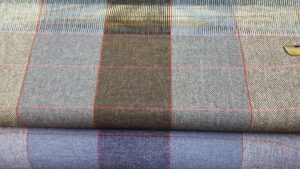 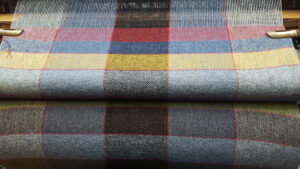 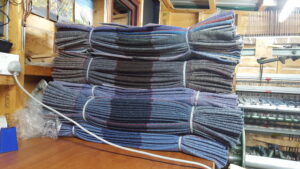 There’s a lot of work that goes into this particular tweed – warping is made more complicated with having different colours and the red stripes and having to change them all the time. 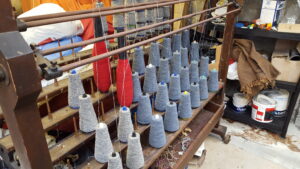 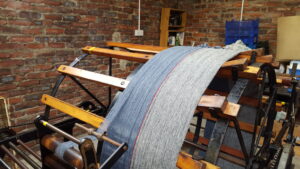 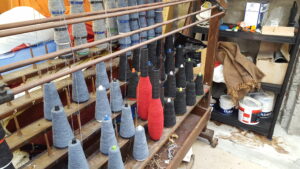 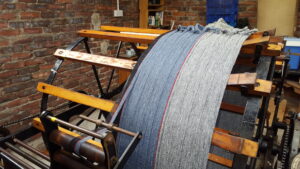 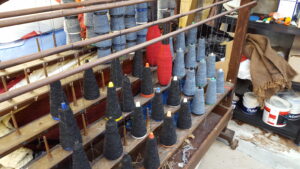 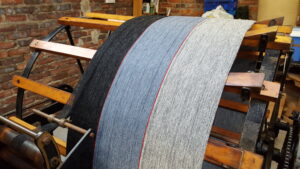 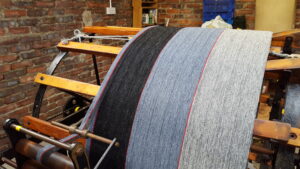 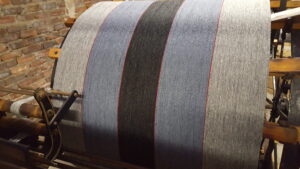 Setting the different drafts on the loom often requires a lot of head scratching and even more cups of tea but, I think the end result is definitely worth it.

There you have it, a wee insight into the making of my various versions of patchwork tweed.

3 thoughts on “The making of a patchwork tweed”